HomeOhio Nonviolence Week
A- A A+ 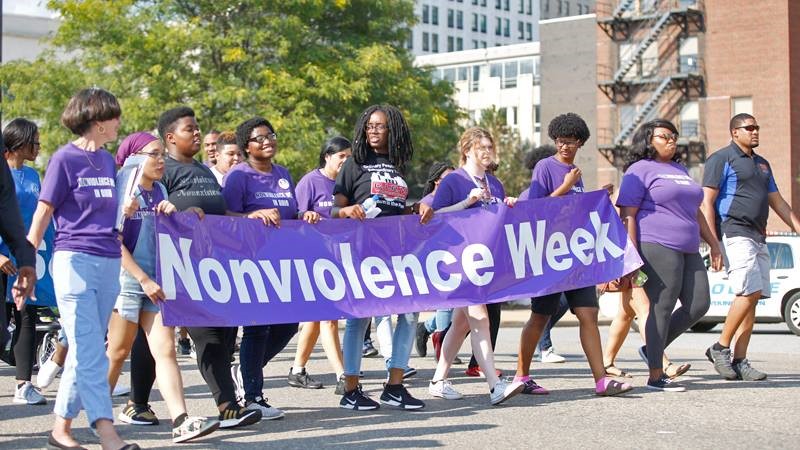 Welcome to the Ohio Nonviolence Week 5-Day Reading Challenge! Today we will take a look at the different types violence, the Principles of Nonviolence and the power of nonviolence. You will see much of Dr. Martin Luther King, Jr.’s influence throughout the challenge, as he was a champion of nonviolence during the Civil Rights Movement. Dr. King was inspired by early nonviolent leaders Henry David Thoreau and Mahatma Gandhi. They made peace a practice, learned from endurance and led by their example. Check out the information below to learn more.

Read Dr. King’s philosophy which include the six Principles of Nonviolence.

Watch this short video on Thoreau’s civil disobedience and how it is used to demand justice and equity.

Read excerpts from Archbishop Romero on the different types of violence and the power of nonviolence.

In his letter from Birmingham jail, Dr. King wrote, “There are some instances when a law is just on its face but unjust in its application.” As we learned on Day 1, protest is a form of civil disobedience. Today’s readings include examples of peaceful protests.

In 1919, textile workers in Lawrence, Massachusetts went on strike to protest labor conditions and fight for an 8-hour work day. They were met with some aggressive opposition along the way. Read on to see what happened.

Read the A.J. Muste excerpts on the Lawrence Strike of 1919.

Day 3: A Call for Peace
more

In Dr. Martin Luther King, Jr.’s “Beyond Vietnam” speech, he mentioned being told by others that, “peace and civil rights don’t mix.” However, we know that nonviolence seeks to defeat injustice, not people. For today’s challenge, we will read about pleas for peace during times of war and unrest.

Read the transcript of Dr. King’s “Beyond Vietnam” speech.

Read about the Christmas Truce of 1914.

Author and activist Barbara Deming emphasized the importance of having respect for one another, even people we consider our enemy. Read more on her ideas about how nonviolence and respect go hand in hand.

“The Other Wise Man” is a fictitious tale of a fourth wise man in the Christmas story. As he is traveling with gifts to present to the newborn king, he experiences a few delays along the way. Follow his journey below.

Read this excerpt from Barbara Deming on respect.

Read the story of “The Other Wise Man.”

According to Bishop Desmond Tutu, healing doesn’t begin until forgiveness happens. The process does not always feel good in the moment, but the end result is worth it.  Read in depth on forgiveness, reconciliation, and how to move forward below.

Read these pieces from the TCI class on forgiveness and reconciliation.

Read the essay that Rep. John Lewis wrote shortly before he died entitled, “Together You Can Redeem the Soul of Our Nation.”